Just A Way Of Life

I am sort of on sabbatical. But I ran across this on facebook and I can relate to it. I have often heard these words "it's just a horse". I have heard this mostly when I am putting money and effort into a sick or injured horse. So I think "you're just an idiot". Perhaps sometimes I have actually said it out loud. It wouldn't surprise me.

The horse thing is, I think, genetic. You either have it or you don't. If you do, you cannot explain why you spend countless hours and enormous sums caring for them. The constant cleaning and repair. Sleepless nights waiting for mama to foal. The nightmare of caring for an orphan. The heartbreak of death.

Brushing, detangling. Broken bones and broken dreams. Soft muzzles nestling against your neck. A newborn foal smelling and tasting the person who will be their guardian. A mare's soft nicker. The stallion's guttural call.

The ride of a lifetime. The win you have waited for. The horse that is one-in-a-million.

Not being "just a girl." 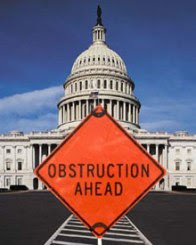 Allegra was right, this is the summer of our discontent. I don't feel well. I am sure I don't feel well because I am exhausted. Mentally worn out by the daily grinding of harsh voices telling the great unwashed we need to take our country back. A constant barrage of fear and hate mongering.
Brown people are over-running the country. It's not trade policy that has caused you to be jobless, it's them.
Beware of the pregnant brown woman. She is either carrying an Anchor Baby or she is incubating a Future Terrorist to be born here and raised over there. Only to return eighteen years later to kill you.
A community center in Manhattan, yet to be built, will be funded by Islamic terrorists and is a Victory Mosque, intended to spit in the eye of all the red-blooded real Americans. It is no great stretch of credibility to compare this to Nazi Germany rolling into Poland. Ask Newt. We are at war with Islam. And as Rush so sagely said, you won't find a Hindu Temple on the site of Pearl Harbor. Cause everyone knows Japan is a Hindu country. Everyone also knows two blocks away from Ground Zero is on the site of ground zero. C'mon.
If the evil Socialist Congress allows Bush's tax cuts to expire on those hedge-funds and Wall Street bankers, there won't be any jobs. Because this is a known fact, supported by all of the jobs which were created over the last decade. You know that Communist Obama made all of the jobs disappear. He did. And he took America away from the Real Americans. And he is borrowing money. Unlike what we did. Thank our God that we will be back in a couple of months to make things straight.
On and on this goes. The mainstream media types look sincere as morons with a motive spew the unbelievable and unsupportable all day long. Aimed at the people who believe critical thinking is thinking about how to criticize your best friend's new dress without actually saying it's ugly, it strangely resonates with large blocks of people. It seems we are very susceptible to bigotry wrapped in the flag.
So I don't feel well. I am suffering from an infection of the soul.
Posted by Sandra at 8:36 AM 11 comments:

More Of The Same

This is what happens when I cannot drag up enough energy to go to the garden for a couple of days. 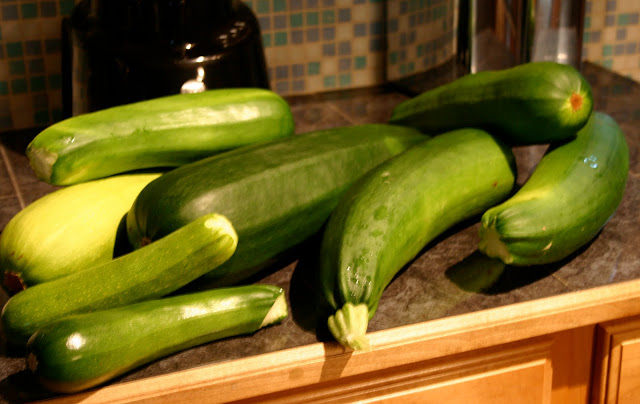 Zucchini grows into mutant squash. There were two smallish zucchini in the patch, so they will be had for dinner. The rest are destined to be frozen for winter use. Somehow I am not so particular in the middle of the frozen days of a Minnesota winter.

Tomorrow is supposed to be the day the humidity takes a hike. I will believe it when I feel it. We had the mother of storms last night. I am surprised I awoke to the place intact. I was sure I would find us dropped in someone's cornfield.

I have lost the blogging feeling. My brain is fried like an egg. My humor is absent. I am a crabby thing indeed. My horses are worn out from heat and unbelievable flies. It is a horror movie in my pastures. I now understand the madness of the characters in a Tennessee Williams play. Much more of this and I would probably end up on Fox 'News'.

So I leave you with a hint of what being around me is like this past 45 days. Grumble, Grumble.
Posted by Sandra at 1:24 PM 17 comments: 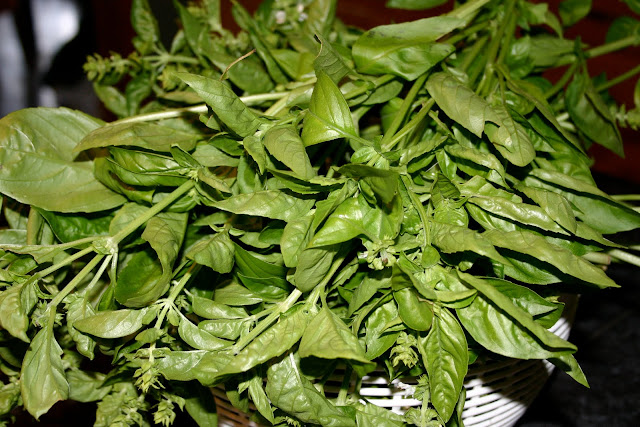 I dragged my damp, weary self out to the garden today and saw the basil was flowering. Time for a hair cut and some big time pesto making. At least I don't need to turn on the stove.

We have our primary today, so we voted early afternoon. We have a Tea Party guy running for governor, endorsed by the GOP, so the primary is mostly on the DFL side. I cannot even begin to allow myself to believe the guy on the very far right will win the governorship of this state. It is so scary, it cannot be considered.

So for now I will consider a lot of basil and what to do with it.

Three more days in the steam room for us. If you don't hear from me, I melted.
Posted by Sandra at 3:34 PM 9 comments:

Hello. My name is Sandra and I am a whiner. 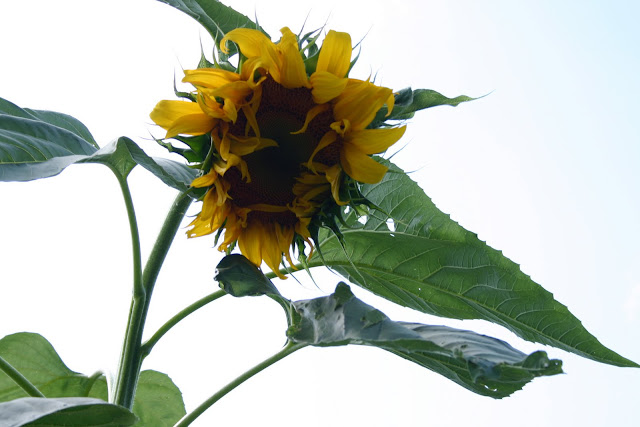 The very large sunflower which seeded itself in my garden likes the weather. The tomatoes and zucchini like the weather. I do not.
We have been enduring a summer of high temperatures and tropical humidity. I am sure that this is directed at me personally. This makes me very hateful and absolutely no fun at all. And joy of joys; a whole week ahead above 90 F. And that thick, wet air. Torture by weather.
I am sorry that I cannot come out to play. I'm whining and crabby and I need to go to my room and stay there until I have a change of attitude.
Posted by Sandra at 7:54 AM 13 comments: