Can You Give Me a First

Congress shall make no law respecting an establishment of religion, or prohibiting the free exercise thereof; or abridging the freedom of speech, or of the press; or the right of the people peaceably to assemble, and to petition the government for a redress of grievances. 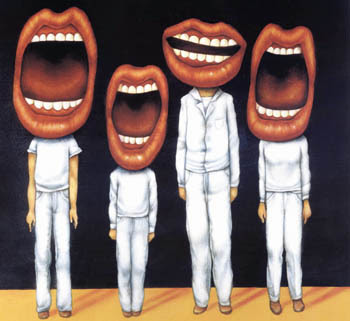 Have you noticed the rightwing noise machine references the First Amendment every time one of their own says something repulsive? As a defense for ignorant speech being called to task by society, freedom of speech gets pulled out of the little grab bag of tricks by the lineup.

I wonder, where were they during their junior high school civics class? Is it just me, or does it seems no one in America understands what the First Amendment is? That the purpose is to protect the people from the power of the government. The government is not allowed to pick you up and send you to a gulag because you call the president a pinko, nazi, communist, secret muslim, terrorist, Kenyon infiltrator, radical, magic negro who is turning America into a European Welfare State. That is freedom of speech, the freedom from your government shutting your speech down by shutting you in a cell.

Freedom of speech does not carry through to anything else. You and I may indeed say anything we want, short of "Fire" in a crowded building, but we are not free from repercussion if what we say is not met with approval. Whether it is someone hanging up the phone on you or advertisers dropping a radio host like the bloated gasbag that he is, there are consequences to actions. Try telling your employer he is an ass and see how far freedom of speech takes you.

The amazing number of newly minted constitutional experts which have shown up in the past couple of years should be making my heart go pitter-pat. Alas, not so much. It would be fair to say the only part of the First that gets much attention from these shining examples of American Exceptionalism is the misguided interpretation of free speech. The rest of it is of no use to them, as it can be disruptive to their cause and disturb the closely held belief that the Founders were Tea Party types. Not the Boston version.

Give a good, brand new Constitutionalist a Second and a Tenth with a dash of First and you've got yourself a deal, good buddy: America, rightwing style. 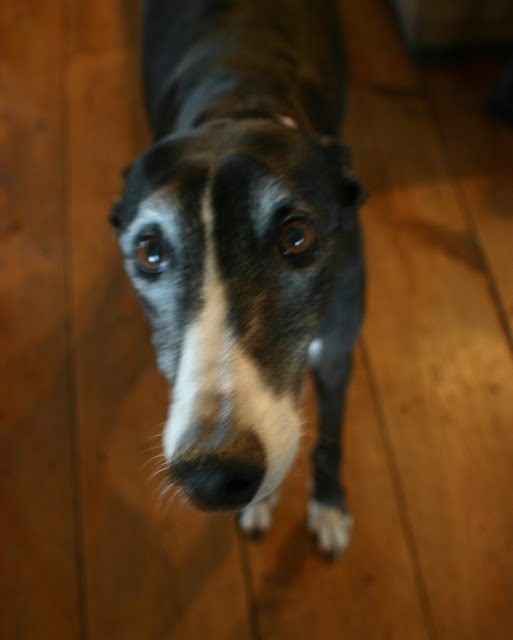 No more days and nights of greyhound glory on the most comfortable place in the house? 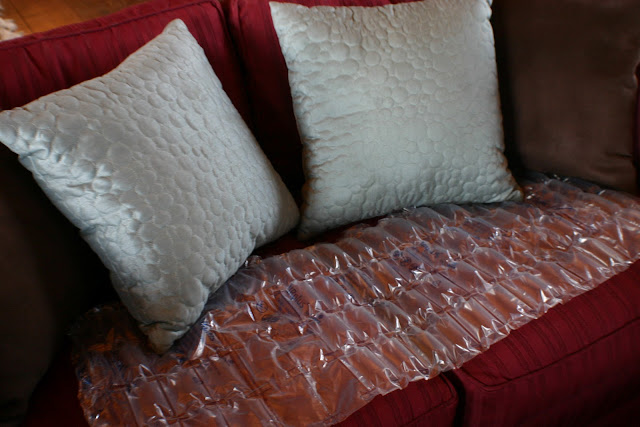 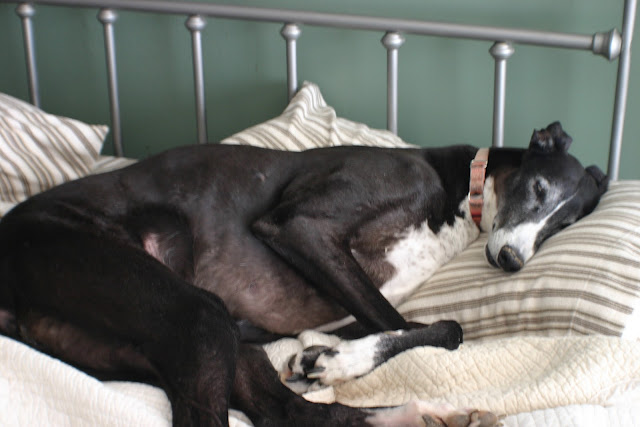 Sometimes I think Gracie is treated like the redheaded stepchild. Howard is outgoing, always present and he loves the camera. Gracie is reserved and off doing her own thing, which often includes barking, so Howard ends up being center stage. My animals sometimes allow me to understand human behavior better, to realize why we often end up the people we become. As a child, I was Grace. Being Grace as a child felt isolating and unacknowledged. Being Grace as an adult gives me the freedom to be reserved and off doing my own thing, which often includes barking, figuratively speaking!

I have very poor vision, which has not been helped by this thing we off-handedly call "getting older". So this is from my bad-eyed perspective: I hate the new word verification. I spend longer trying to get a comment published than I do reading the whole damn post. Then try writing a comment, only to be confronted by that squiggled, illegible nonsense to have it posted. Over & over.

I want to comment but I am saying that all I am going to give it is one attempt, maybe two, from hereon.

Okay, got that off my chest. Have a lovely day, I'm going to spread my sunshine around somewhere else......
Posted by Sandra at 12:07 PM 8 comments:

Sandra
Watertown, Minnesota, United States
I moved to the western edge of Minneapolis from Saint Paul at 41, three horses in tow, not having the slightest clue where this would lead. It led to breeding and showing many fine horses over about twenty years. Those days are in the past, but I still have 15 horses hanging out, aging along with me. I started this blog in 2008 and like so many others I abandoned it about four years later. I think it was the Facebook Effect. After a couple of years of Covid isolation and three years of Facebook ignoring I decided to revisit my old relic of a blog, basically for my own sanity. It felt strange and empty at first but now it's just someplace to write whatever I want at the moment and to connect with a precious few people. If someone stumbles upon it, finds something amusing, interesting or, as is often the case, mundane in a not unpleasant way, I will be pleased.