A Tale Of Zing & The Cavaletti, Or How The White Monster May Devour A Fine Steed

Howard watched with rapt interest as..... 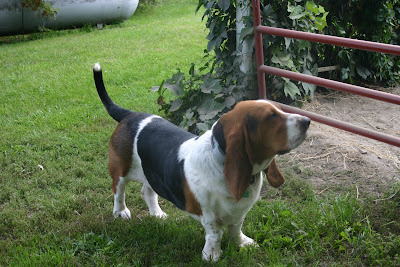 Kristina and Zing approached the crouching beast laying in wait for the valiant young steed. Zing tentatively raised a foot, knowing he was entering a place filled with peril, but he could not falter in the presence of the lovely young maid. 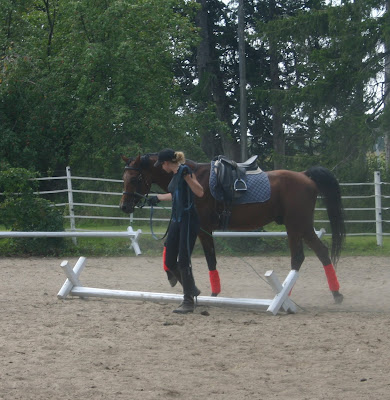 We did it, two feet over the monster. And yet, still in one piece! 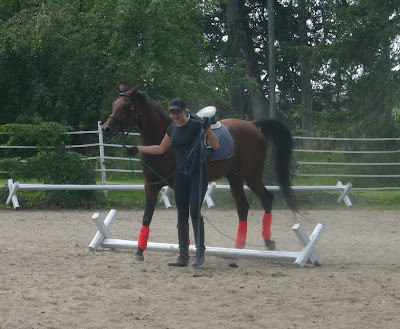 It's too dangerous to continue to risk the beloved Kristina, so the brave young steed crosses the monster alone. David was no more resolute as he faced down Goliath than the Arabian Warrior crossing the White Monster. 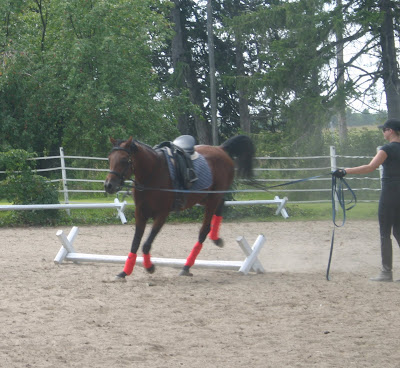 A new element added to the tale; the gentle maid places added danger upon our hero. Now he must carry her to safety. 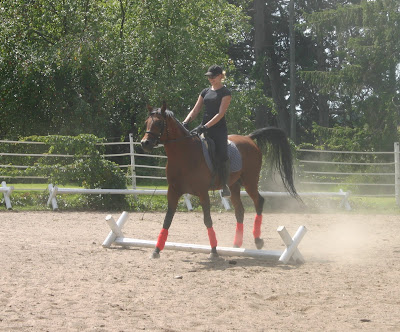 Does she not know the monster is feigning peacefulness? The brave lad carries his beloved over the waiting beast of death, never faltering in his determination to protect her. 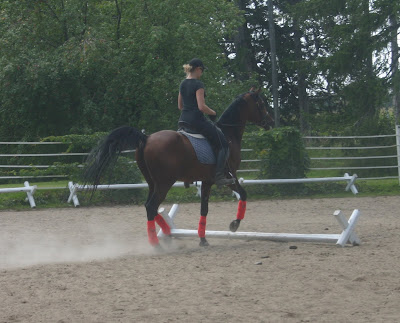 Finally, the maid has tired of tempting death and the handsome hero can carry her to safety. 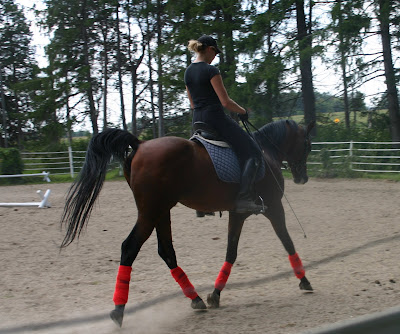 He can show the monster the backside of himself whilst whisking her off. 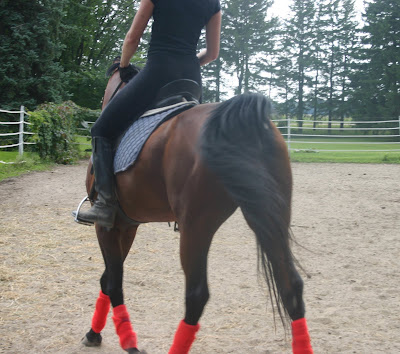 He approaches the waiting army of White Monsters which play dead along the fence line, knowing they are likely to pounce at any minute. Fear not gentle maid. 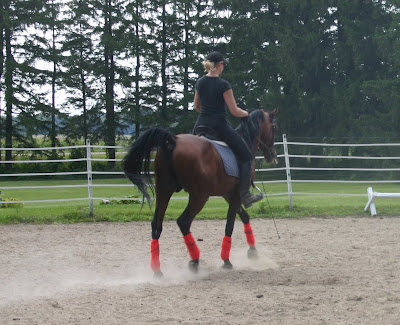 A look about to ensure all is well. 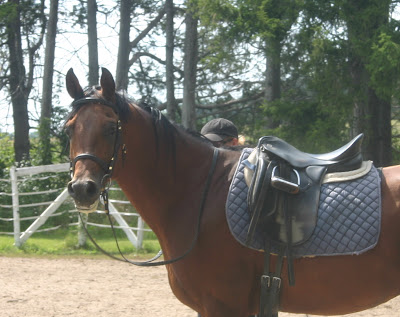 Satisfied that the monster will not need to be slew today, our brave young stallion relaxes for a moment, contemplating the dangers he faced and overcame. 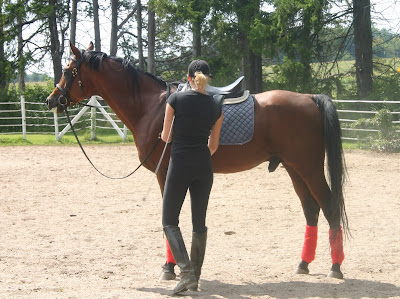 What treachery is this! A cold shower. The gentle maid knows our hero does not like his showers cold. Oh wicked lass. 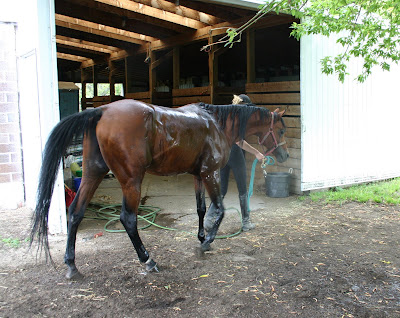 A thought of retribution crosses his mind. 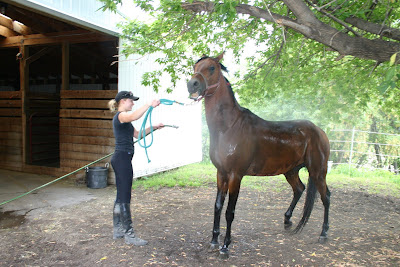 The young stallion got his revenge by not eating or drinking and worrying his people. This led to much attention and fussing over him (also led to some cold thing stuck in the fine steed's nether region!). After some fair amount of time where the wily young stallion was on the manicured lawn nibbling grass, he decided to let his personal assistant off the hook and drink his water and eat his hay. There was a sense of satisfaction that a price had been paid. Tribute as it were, and he is after all, a fair master of his people.
The End
Posted by Sandra at 6:00 AM