Hunting is not a sport. In a sport both sides should know they are in the game. 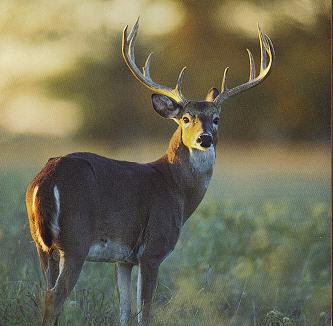 Firearm deer hunting season starts in my fair state today. I live in the country, but not the wide open country. There are large wooded areas all around us and farmers leave a few rows of corn to attract deer. Gun fire becomes a daily bombardment to my ears and my nerves.

I do not like hunting. There seems to be too much enjoyment received from some other creatures death. I know the deer population can become too large to sustain itself, leading to starvation. I know herds need to be thinned. I don't understand the gleeful joy people get from the actual act of killing. I have watched hunting shows in the wee hours of the morning when I couldn't sleep. I watched Babe Winkleman nearly have an orgasm over killing a large buck. Nice.

I really don't like hunting in my backyard. There is a strange tendency with people holding guns to shoot at movement. A few years ago some neighboring farmers lost dairy cows to hunters bullets. I worry so much during this season about the horses. I have a mare who was shot in the head a few years ago when she was at another farm. It didn't kill her, but there is a bullet lodged in her skull.

So now I will be on edge over the hunting season. My sentiments lie with the white tails. High tail it and run.