Between The Needle And The Damage Done (Almost)

Consciousness is our only reprieve from Time.
Mason Cooley 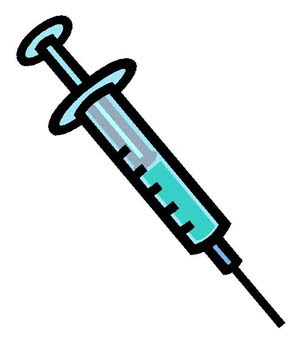 It's said lightening never strikes twice, but bad luck, karma or just plain crap, strikes as much as it wants.
Neil Young's old song, about heroin addiction, has a somewhat different meaning in the context of this blog entry. We nearly had a needle and very permanent damage done to my mare, The Babe. I won't drone on about the long details of the day, but yesterday, two weeks to the day when Tanzar died, we were in the barn loft in sub-zero temperatures and darkness, with Babe, waiting for the vet to fill a syringe with the fluid which would end Babe's existence. My Babe, Diamond Rose's first foal, the dam of a US National Top Ten Mare and our Baby Girl, was shaking so violently as we stood waiting for the vet that I thought the barn shook with her. Two hearts were cracked wide open as we stood with her, trying to comfort her and to grasp what was happening. Then she spread her hind legs and peed, a long, hard, steady stream of urine, accompanied by an explosion of gas. And her eyes changed. Stop. Wait a minute, I need to see how she is. So back into the barn to check her again. Babe put her head down and started to eat hay in the aisle. I wanted to see if she would stay on her feet in her stall, so hay went in there as I released her from the lead. Head down, calmly munching hay. The muscle tremors stopped, although she still shivered. We started to hear faint gut sounds as she calmly ate. I wrapped her in a cooler and blanket, she received a fourth dose of banamine and we left her alone.
I checked The Babe throughout the night and she was relaxed, but tired from her very difficult day. Morning found her up and in resting position, both eyes swollen shut from the thrashing her head got as she struggled with the pain of her colic. But her hay was gone, as well as the water in the bucket. She's not out of it yet, as the coveted passing of manure has not yet happened, but she is not uncomfortable, so there is hope.
Someone I know told me a few years ago I was so lucky that I didn't have to go out to work in the world. This former friend said it would be wonderful to not have any stress. I think someone had to keep me from killing her with my bare hands.
Between the needle and the damage done, was Babe trembling herself out of a colic that was going to end her life. I think Tanzar's spirit told her to snap out of it, cause this is permanent. I told you he was the best horse on the farm
Posted by Sandra at 11:17 AM

Goodness gracious what a close call. I didn't realize that colic could be so severe for a horse. My babies had colic but I assume it was something completely different. I am glad that she pulled through (or at least so far) and our thoughts are with you as yet another scary moment with your pets has happened.

A big hug from me to you,

Colic in horses can be a simple matter of some gas that needs to move through to a twist or blockage in the intestine that can only be repaired by surgery. Surgery was not an option for a couple of reasons. The horses often don't have a good recovery and the expense is very high. Considering the cost of the large deductible for my own surgery and the high cost of Grace's care, I couldn't justify the $10,000 + I knew we would be faced with when all was said and done. It's a hard thing to face, but there it was. She was in really tough shape and she got progressively worse, so that by 9:00 p.m. it was enough. She was literally pulled from the jaws of death. If the vet had the syringe prepared before hand, Babe would be dead.

I don't know how you it. I'd be a cot case from that sort of stress for months. Glad the vet was incompetant. Don't normally like to say that when it involves animals but in this case it gave Babe a lucky reprieve.

Oh no, the vet wasn't incompetent. She did everything she could for Babe. It's just that as she was filling the syringe, for what ever reason, Babe came out of her deep distress.

She is still lethargic, but she grabbed at hay as I brought her in and she is munching the hay in her stall.

OMG Sandra - when will this end? I'm glad you gave her another chance.

What an awful, stressful experience. Are you even sleeping anymore?

I think it will end when they or I end! With so many animals can come so many problems. I don't sleep that well anyway, so I may as well have a reason for it.

Oops. My bad. I've miunderstood. I'm so glad Babe got her reprieve though. I couldn't do horse babies. The dog producing 9 Easter morning was waaay to much for me. A horse...is unimaginable. I think you are brave.