Any intelligent fool can make things bigger, more complex, and more violent. It takes a touch of genius -- and a lot of courage -- to move in the opposite direction
Albert Einstein 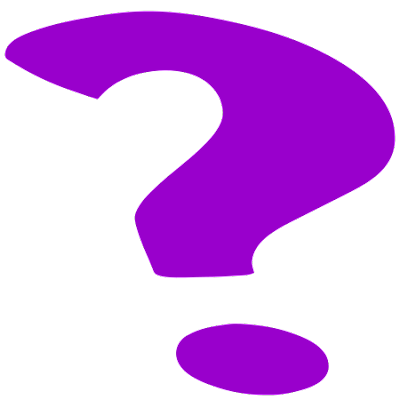 I spent my precious time watching Bush's Fare-Thee-Well Speech last night. I thought I was watching someone accepting an award. That aside, I believe I would be hard pressed to find a more delusional individual. My own sense of outrage at this man and his government surprises me. I can't think of a time when I have had such strong emotions about a person. So, he's on his way out, he leaves a wide swath of destruction behind him and I wonder where it will all lead.
I have some questions.
1.  If tax cuts for the wealthy create jobs, where are all those jobs? The wealthy have had a great tax advantage over the last eight years.
2.  If tax cuts for business encourages them to build the business and hire more people, why do those companies who put their corporate offices off-shore to avoid taxes not hire all of the Americans they can?
3.  If the Republicans are so concerned about deficit spending, why did they happily go along with it for 8 years under Bush (and Ronald Reagan)?
4.  Why would Mitt Romney call the spending proposed by Obama on infrastructure a 'pet' project of the liberals? And propose more tax cuts instead of fixing our crumbling bridges and roads? (this AM on MSNBC)
5.  Why, after all that has happened, are there still people loudly touting the so-called free market, and more importantly, people still listen AND agree?
6.  Why is anyone giving the people in Congress who rubber-stamped Bush the slightest credence in ANYTHING?
7.  Why is my house full of 20 - 30 year old items that say 'Made In America'? How did corporations make money then, paying a living wage to Americans, but somehow they can't do that now?
8.  How can a country have a viable economy when the country doesn't make anything?
9.  Do we understand now that the stock market is not the economy, that the stock market should be a reflection of the economy and not the other way around? Do we understand that when we allowed the stock market to control the economy it was only a matter of time before companies began ridding themselves of American workers, as they forever kept their eye on the bottom line and stock prices?
10.  My biggest, seemingly unanswerable question. Why do the American people keep making the same choices over and over again? In a few years, if we climb out of this mess, the people will turn to another person who says government is bad, laissez-faire is the way to go, and we will head right back in the same direction. We've done it every time.
Posted by Sandra at 6:49 AM

I think that executives of today out league the executives of yesterday in pay and compensation but NOT in ethics or foresight! Unfortunately that combination gives us what we have today. No jobs, a few rich guys, and a shrinking middle class. I do think that globalization of the market is detrimental without strict, STRICT oversight and I really don't know who can't be bought these days : ( Maybe if Americans "really" suffer through this one and they will want economic stability again to except regulation. Human nature is human nature. We don't remove speed limits and expect everyone to just do the best thing possible in the situation. People need limits. People need people to enforce the limits. People think limits are bad. Hmmm......
I think maybe good honest education about the economy in universities would be a good start. Right now they are teaching everyone to increase the profit margin period and to do it yesterday. Long term thinking must return to the classrooms!

Ok, how is that for some unapologetic opinionating!

Oh and by the way. President Bush is just as you said the most delusional human being on the planet!

...and there is some unapologetic Bush - bashing!

I better stop now I getting dizzy from the excitement ; )

Another thing that has happen is, social issues took the forefront, as opposed to economic for a large portion of our population. The 'Guns, God and Gays' approach has been very successful in getting many people to vote against their economic self-interest. Thirty to forty years ago these very same people would have been voting entirely differently. I don't know how you overcome this.

You're making my brain hurt with all your "Truth-isms". I agree with all of them....but I want to hibernate in this cold weather, so my brain hurts.

I know what you mean, my brain hurts all of the time, but I guess that's how I figure out it's still there!