A positive attitude may not solve all your problems, but it will annoy enough people to make it worth the effort.
Herm Albright 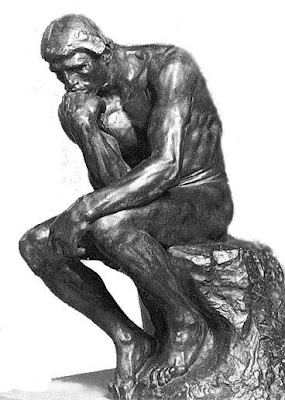 Thursday, once again. Time does fly. So on goes the thinking cap and out come the thoughts.
I think President Obama has a tremendous task before him and I believe he  is quite possibly the best choice we could have made for the job. I will not be happy with every thing he does, but I have never been happy with every thing anybody has done. I expect to see Guantanamo Bay closed and America finding its soul once again. I fervently hope that Congress investigates the Bush administration and charges them with war crimes. I hope we can join the rest of western civilization and finally provide universal health care. Being well is not a privilege reserved for those who can afford it and it is obscene for people to make billions of dollars on the backs of people's health. I think that Congress needs to deal with American corporations which put their official headquarters in a closet in the Cayman Islands to avoid taxes. I also think there needs to be a financial repercussion for shipping every job possible to a third world country. I think that Congress needs to hold the financial institutions accountable for the 350 billion dollars of taxpayer money that disappeared like smoke in the wind. I believe the welfare of the people needs to be placed above the welfare of business. We cannot allow Wall Street to determine Main Street. Wall Street needs to once again be a reflection of Main Street.
I think Gracie is doing better, finally, but I will know more after her Dr appointment today. I know she has caused us great stress.
I think the country will start to move forward again, as I believe how we feel effects how we act. We have collectively felt as if we had a jackboot firmly placed on the back of our necks.
I've been thinking that, other than Obama becoming President, the year 2009 has not started well for me personally. So, I think it must be time for it to get better. That would be nice!
I think that is enough thinks for now.
Posted by Sandra at 6:36 AM

I think that Pres. Obama does have a lot on his plate and I was THRILLED to see that he has made the closing of Guantanamo Bay a very visual priority. I was very impressed that he issued statements on this atrocity and embaressment on his first day in office. I also think that Americans need to get a little dose of optimism and can-do-itiveness to get over this slump. I certainly feel more hopeful with this man as president. Imagine the despair of a McCain and Palin
term. I know some that feel VERY differently than I do but I can't for the life of me see why. Except that I understand their spin on life in general and then I see their reasons, but it still makes no sense
: ) : )

Thanks for the thinks!

The outsizing [or whatever it's called] of jobs to 3rd world countries is outrageous. I won't deal with companies I know are doing it ~ mostly because I can never understand a thing they're saying on the phone. Apart from the rudeness of ringing at meal times I don't have time to waste discussing something I don't want with someone I can't understand & whose English...well...isn't. Makes me mad.

I'm for anything that means the majority of the world can get along peacefully.

P.S :) I will have some computer access while away & Libby is taking her laptop which will download pics sooo....lol. This is Australia's long summer break & the only time during the year I can usually manage to get away thanks to my Ditz. I dread her schedule. Why can't children drive? ;P

And who would have thought it necessary for an incoming president of the US to sign an executive order banning torture? Unbelievable. I also know what the spin is, I just don't understand why ANYONE would want to be spun that way.

If I refused to do business with companies that outsourced or companies that sold the products of outsourcing I would need to crawl into a hole and pull the ground over my head. If you have that choice, then Australia is a better place than here and you are very lucky.

Gracie is better and I have tempered hope that she will pull through this.

BTW, glad you'll have some computer access, I did miss your writing. : )