Nature has had her wanton way with me. I'm not taking it laying down. Well, sitting down, but she's getting my raised first. Yes, she is. 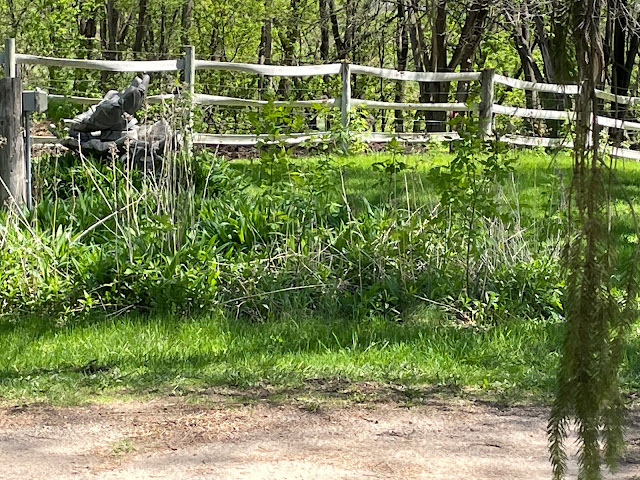 As you can see, the Minnesota Hurricane we had at the beginning of the month knocked over part of the fountain and loosened the flexible vinyl fencing. This flower bed is silently but desperately calling for help. I hear. I'm coming. Maybe tomorrow.
I finished the flower bed I was weeding yesterday. I didn't think I would, there was so much to do, but I did. I was so pleased with myself, it's been quite awhile since I have been able to do much of anything. This is a fist bump! I was tired and in no frame of mind to cook, so what I had planned got put on hold. Instead I made something that only took as long as boiling water and cooking pasta. I put some bread in the air fryer for a quick garlic bread and called it a day. 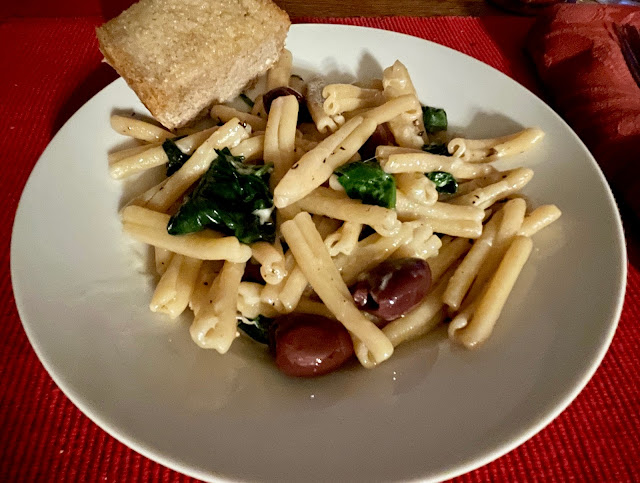 Today started slow. I went out for an hour of mowing in the morning, came in, heated soup and intended to do laundry. Instead I went back out and mowed the encroaching prairie I call lawn. I spent another four hours doing that. I'm not finished. It's a good thing I had kind of an interesting life for 41 years before we moved here because I certainly don't have one now!
I am seeing light at the end of my tunnel. That I could weed the garden tells me I can weed another. And so on. I'll get there, I feel I will. I did heavy guilt Mark into stopping his fidgeting with farm equipment and weed a bed in front of the house.
This is the news from my end of the world. My Big Dog wants to eat and think I want a glass of wine....
Posted by Sandra at 5:10 PM

That sounds like an incredible amount of work. Me, I'd be thinking about simplifying the flower beds! But good for you for attending to them.

They have been simplified! I used to have 4 more large beds, they have been consumed by grass and have disappeared. Once they are cleaned up they are easy but it's been a couple of years since they have been tended. It is work, though, no doubt.

I'd say that your "physical therapy" work is giving you a comeback. So glad that you are able and want to do some of these things. I would love to see more photos of your place and the horses.

I do hope you rewarded yourself with that Glass of Wine...or Two. I got tired just hearing all you did, you deserved more than a Fist Bump!

Yes, Lori, I am doing slightly better. I am motivated, the body is lagging just a bit, but working at catching up. As we enter spring/summer I will make an effort to take photos outside.

Dawn, I did! I'm not stingy with my wine. It was a long day for someone who has been barely mobile for 18 months, but it felt good to be able to do it. Even if it is on a riding mower. I still cannot post on your blog. I read, but can't post. You may think about changing the comment format to this one. Someone suggested it to me and it's worked.

Sounds like you are determined! Good for you! Mowing will start soon here too and I spend about five hours mowing...and if it keeps raining That will keep me busy.

How do you change the format for Comments? I am so Tech Challenged that I am hesitant to mess with the functions... and I'm too lazy to Moderate Comments... but, I may have to do something since so many are now being marked as Spam by Blogger, or unable to Comment at all, like you mentioned.

Far Side, as determined as my body will let me be! My grass was really long, it looks like someone should bale it.

Bohemian, I sent you an email.