The Trickle of Time

I keep seeing Jon Hamm on TV. In a commercial for Progressive Insurance and also promoting an upcoming movie. It is weird for me, he could be the twin of a man I was engaged to marry in the 70s. Except that man would be about seventy-five now. I remember when Mad Men was on the air, I never watched it, but saw the actor at that time and was startled by the strong resemblance. Someone from the past that I've had no contact with for forty-three years is on TV, or at least his doppelganger is. I think because I'm in my waning years it has a more profound effect than it did with Mad Men, although it was strange then, too.
So, I scroll through photos sometimes to give me post ideas. I had just seen Jon Hamm on TV as I was scrolling and came upon this photo  of me taken in 1978. My relationship was fraying by this time, but would limp along for another year. 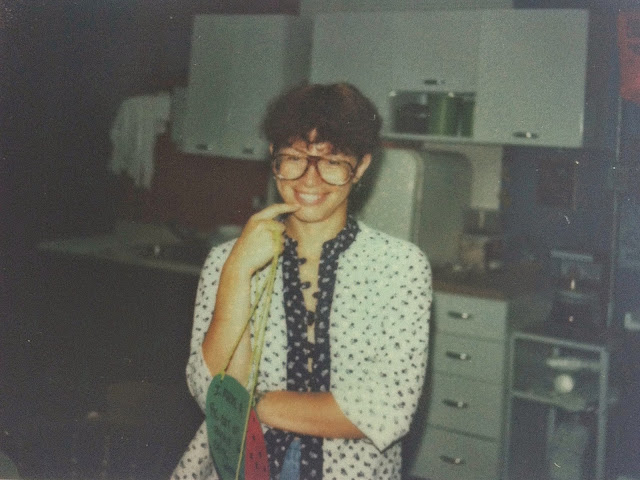 Then I saw this one, taken forty years later. Et Voila! I had a post. In the top photo I was divorced with a young child, still seeing the man I had planned to marry but had told at this time I couldn't marry. He hadn't given up yet and either had I entirely, although one foot was out the door. 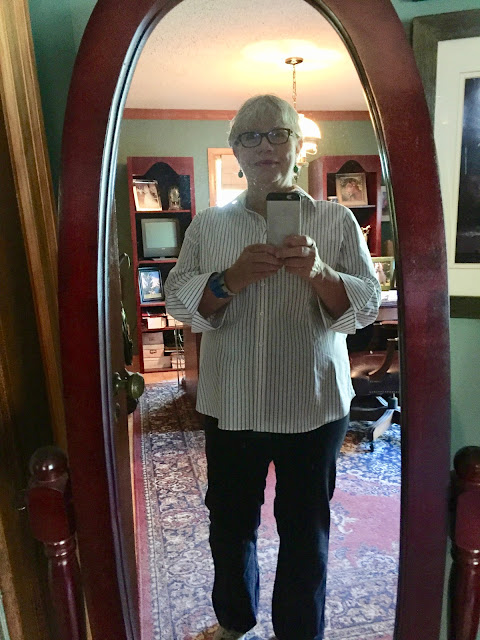 Then as I scrolled I came upon this photo taken in 2018, forty years later. I had been married thirty-seven years to the man I had met when he offered to help me raise the top on my MGA as it started to rain one summer evening. We both belonged to a ski club that played volley ball at Como Park during the summer, the rain had started and everyone was going to our after-volley-ball-haunt. I barely noticed the guy at the time he helped me, but he seemed to hover every time the club met after that encounter. Mark was not my "type", yet in the end he was the type I needed. I was a force and Mark didn't care. I shouldn't say that, he did care. About me. As I was. He enjoyed my rather large personality.  I also drove him to distraction, but never away.
Time passed. Persistence on his part made me see the kind person behind the awkward, nervous, nerdy man who decided he wasn't going to give up. He told me he wouldn't give up. If I had told him to get lost, he would have. He wasn't quite a stalker! In the end, I found the man I needed, the man who took me as I am and never tried to change me into something else.
There is little to recognize between the young me and the not young me. I don't think there's an actress that would surprise the man from decades ago, thinking he was seeing a ghost. If we passed one another in Costco we likely wouldn't recognize each other. The resemblance I see is from long ago, a blurred memory. It isn't an unpleasant memory, no. Not unpleasant to remember youth, even turbulence in that youth. It's a memory.
Posted by Sandra at 10:11 AM

It's so nice to see you!

My brother looked like George Clooney, so much so that when I watched Three Kings and Ocean's Eleven, it was distracting because I kept seeing my brother. He looks less like him now, so that's good:)

It is unnerving. If I had an image of the old man David it would be less so, but I only have the young man in my memory. You have a handsome brother!

Interesting to look back on your history. I married the only man, after being engaged to two others, who wasn't intimidated and trying to stop me saying funny stuff, or not caring what people might say, if I didn't like them anyway. It takes a few tries to get there. He too persisted!

It pays to persist. I am not surprised you had trouble with men back in the day. You are a personality and that was not ok to many men! I would not be put in a box, no matter that there had been love at one time. We both did well.

It sure is nice to see you! Mark has come through and is an Angel to help you with the horses. He must really appreciate all those gorgeous meals you prepare for him. Looking back.....I have forgotten so much!

Lori, I wasn't easy, but he wasn't always, either. He is an anxious person. Although I wasn't officially married to number two, I have had three husbands. By the time I was 30! #1 lasted 3 years, #2 5 years and #3 41 years. Three times the charm!

Oh, and yes, looking back, memories become blurred. I barely remember #1, other than a nice guy with a deep addiction that he couldn't or wouldn't shake. Sometimes it takes a John Hamm to prod a memory!